Nonna Pia’s Gourmet Sauces earned the title of Best Company while Pepe Barajas of Infinity Enterprises Group was honoured as Best Immigrant Entrepreneur at the Pan Pacific Vancouver. In total, there were 10 categories with 460 nominees from 70 communities across the province.

“It’s humbling and gratifying all at the same time,” said Norm Strim, with Nonna Pia’s. “There were a lot of applicants and it was a lot of work for the application, but it was basically reliving our telling of the story of where we’ve come from and where we are and where we’re going.”

The couple also found out last week that their Cabernet Merlot Balsamic Reduction was named the 2015 Product of the Year Canada. On top of that, they’re in the midst of expanding into the U.S. with a boost from entrepreneur and Dragon’s Den star David Chilton, who signed a deal with the business on the CBC TV show last fall.

Top five finalists of the SBBA had to take part in a Dragon’s Den-like meeting with a judging panel, Natasha Strim explained. “The judges that judged us were really high calibre,” she said. “I’m hoping that means we’re on the right track because it’s tough right now. We’ve grown so much and get anxious.”

Two other businesses made the cut for the top five finalists as part of the awards. Canadian Wilderness Adventures and RDC Fine Homes were both finalists for the Best Employer category. Nonna Pia’s was also nominated for Premier’s People’s Choice.

“The competition between small businesses across British Columbia was especially tough this year,” said Bill Adams, vice president of Western and Pacific Insurance Bureau of Canada, which put on the awards, in a release. “Congratulations to those who came out on top and to all competitors on their continued efforts to better our province.” 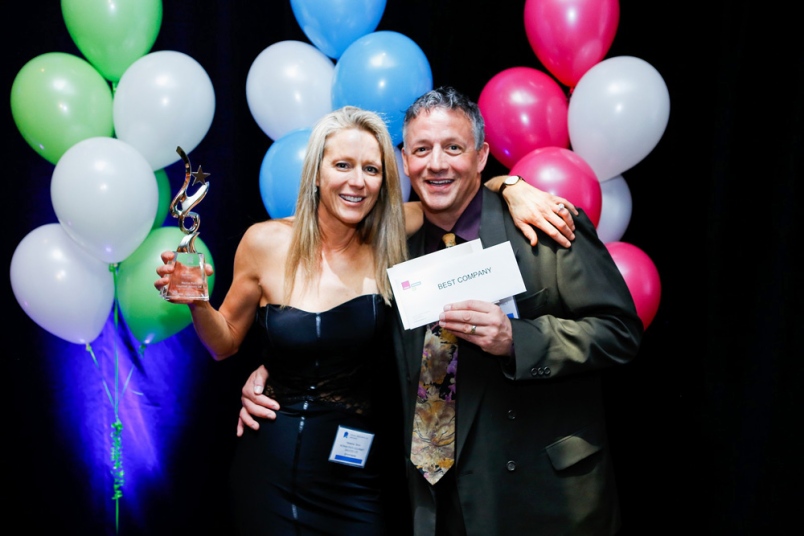